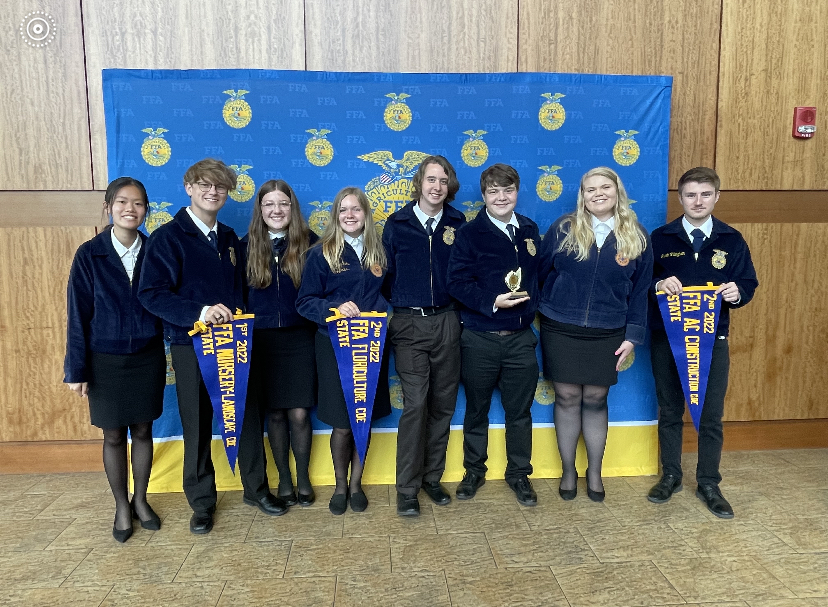 I’m quick to point out to my peers throughout the state that Tallassee has amazing kids. The accomplishments made in 2021-22 showcased just that on a statewide platform. These students have poured incalculable hours into their studies over the course of the past eleven months. They have become masters of online platforms such as Quizizz, Kahoot, Blooket, Quizlet, and more. They have poured countless hours into specializing their skill sets whether it be from small engine work to floral arrangements. Grant me a few minutes of your time to spotlight these young men and women.

Allow me to begin with our floriculture team, made up of Cannon Curlee, Michelle Lin, Avery Nolin, and Gracie Wallace.These ladies began preparing for competition in July of 2021 (note that they competed in April at District and then June for State) with the determination to bring home first place at state contest. They would meet as many times as three days a week after school for up to two hours at a time preparing themselves and growing immensely as a team. They brought home first place at the District contest (April) and placed an outstanding second place in the state contest (June). Although they did not reach their goal of first place, they managed to score higher than any Tallassee team before them.

Our nursery landscape team is made up of Jake Miller (who scored the highest score in the state), Lane Aldridge, Dalton Williams, Ian Bankester, and Anna Griggs. This team assembled in early fall and poured themselves into the content of this competition. Like the floriculture team, nursery landscape would meet as much as three times per week for up to two hours at time (and sometimes longer). This team pulled the upset and captured first place not only at District eliminations, but also at state competition. They will represent the state of Alabama on a national level in October in Indianapolis, Indiana.

After a heartbreak at state competition last year, our construction team was fully determined this year. They had the goal of winning it all and knew they had the potential to do it. At district eliminations, they placed first, topping a well-renowned construction program by the small margin of 5 points. After overcoming certain obstacles at state, they placed second. For a team with three seniors and a junior, it was a fitting way to send off our graduates.

What is Tallassee FFA if we couldn’t mention our legendary quartet? Year after year, Tallassee places among the top in the state for the vocal accomplishments of the FFA quartet. However, I can take no credit for this group, as Jerry Cunningham continuously assembles and prepares this group, year after year. This year they placed first in district and second in state contest. For one of the few times, all four quartet members will return next year so we can’t wait to see what they will accomplish.

Our small engines team performed at an extraordinary level this year, placing third in district eliminations and coming in sixth at state competition. Although only top four are awarded, to place sixth in this competition is no easy task. It’s a rigorous competition with many different aspects. This team was composed of three seniors and a sophomore, so like the construction team, it was a great way to send off three graduates.

Lastly, Tallassee FFA had three members be awarded the Alabama State FFA Degree this year. They are Cannon Curlee, Michelle Lin, and Patrick Chandler. This is the highest honor a member can achieve at the high school level.

Our system has amazing students who are accomplishing extraordinary things. Further, the Tallassee High School Career and Technical program is growing to the benefit of our community. The agricultural department has amazing support from you all and I personally thank you. As Mr. Glass would say, “It’s a great day to be a Tallassee Tiger.”