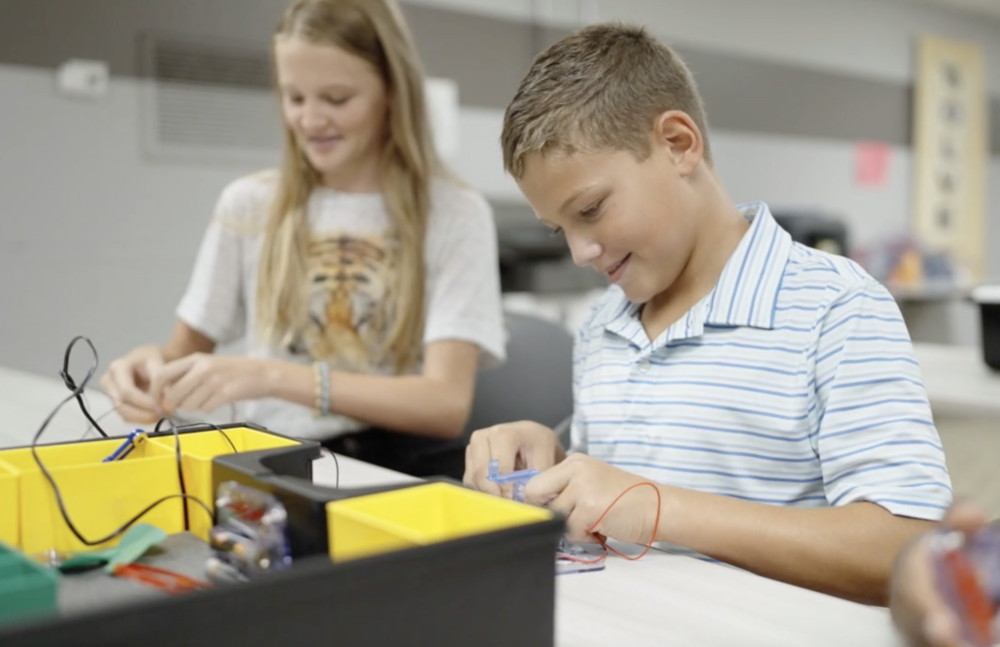 Tallassee City Schools is partnering with SMI Advertising on a campaign to promote our school system.

SMI Advertising is owned and operated by radio legend Larry Stevens, who worked for WHHY (Y-102) from 1969 to 1994 and then moved up the dial and put WMXS (Mix 103) on the air.   At his peak as a morning show host and program director/station manager in the 1990s, Y-102 had a 52 share in the Arbitron ratings and was one of the highest-rated radio stations in the country.

Stevens' associate Nick Drollette, who owns his own production company called Right Side Video, served as the videographer for the first round of recordings.  The first group featured about fifteen students from throughout the system to represent several aspects of student life: softball, STEM lab, weight room, library, cheerleading, computer lab, football, band, and swimming were among the first groups recorded - though the team of Drollette and Stevens plan to return after school gets underway to record more footage of other students and groups.