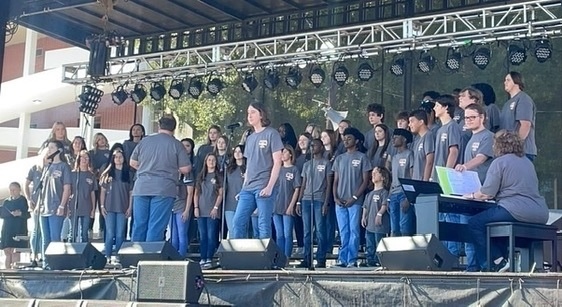 The choir received high marks, straight Superior ratings (1's) from the judges. One commented to the students, "you move yourselves which moved me.. and inspired me... thank you for your gifts."

The Concert Choir is one of the many choirs within the THS choral program, which includes 206 voices overall. The conductors are Kelley Hill and Michael Bird.

The performance was dedicated to festival coordinator Mrs. Gene Davis, who is retiring after 25 years of organizing the event.  She was the choral director at Robert E. Lee High School from 1974-2001 and supervised Mr. Jerry Cunningham's student internship.  She was also Mr. Michael Bird's teacher at Lee.